Game Jams are a lot of fun to be part of. They're inherently flexible, and can last anything from an hour to several days.

Most of the jams I've been involved with have been fairly typical affairs, where a bunch of people arrive with laptops or use lab machines at a university. I've organised and hosted some really strange ones too though; Nat Marco [ http://www.honeyslug.com/ ] ran one a few years ago in which people made games out of paper and rocks: 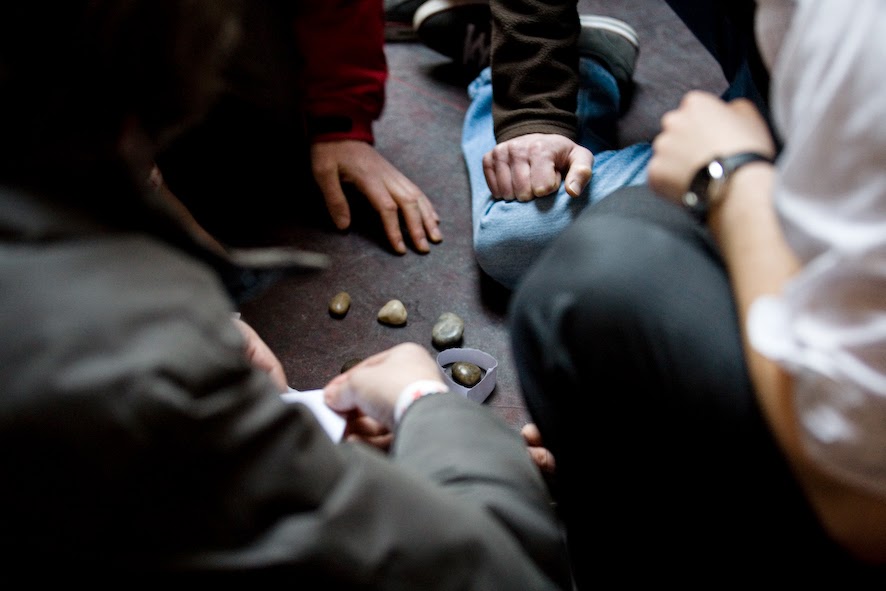 The year after that, we did "Jam Game Jam: A Game Jam With Jam", which involved throwing jam around on the deck of an East German fishing trawler: 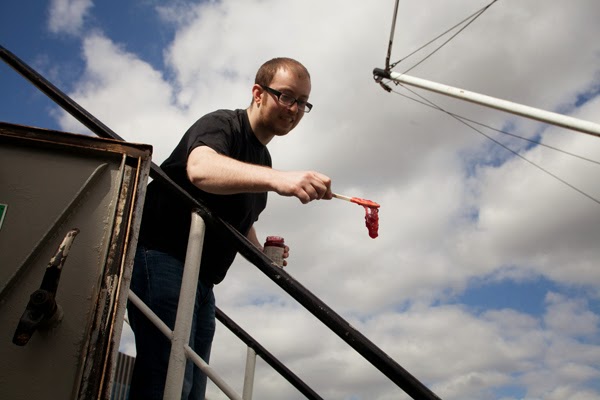 The same day, Jonathan Whiting [ http://jonathanwhiting.com/ ] ran a level design workshop in which people defined rules, stuck bits of paper down onto the deck, and pranced around: 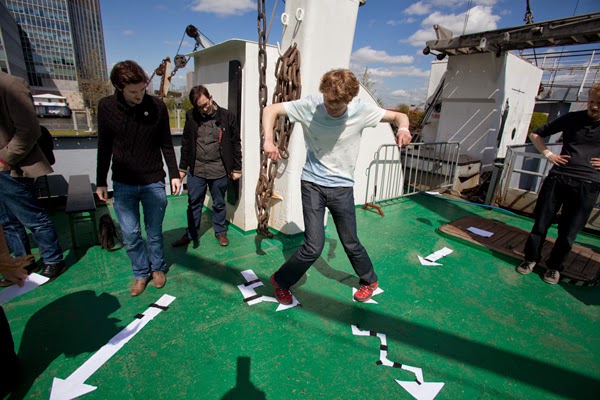 He'd initially approached me saying he had an idea with scary spatial requirements, and I replied that I generally read "scary" to mean "exciting".

Those examples might seem esoteric compared to the day job you spend at a tablet or keyboard, but there's a lot of value in them. Games are fundamentally about rules and behaviour, and when we bind those to a given type of hardware, we're also binding them to a lot of established convention.

The technology we use isn't the pinnacle of games, it's just another branch of stuff we can express them through. Play and games have a history stretching back thousands of years, all of it relevant to the things we make.

Sure, few if any of the weirder avenues point in viable commercial directions, but that's not what jams are about. They're increasing your skills as a designer, artist or programmer, they're a way of hanging out with other developers, and if you happen to make something amazing that's probably too weird for an existing audience or platform, there's a growing throng of festivals and events worldwide that might still be interested.

A game jam is a perfect place to experiment with the strangest ideas you have. That's because beyond tech (or the intentional lack thereof), the best thing about a jam is the time constraint it imposes. It creates a space where it's okay to try something new and perhaps fail horribly, knowing that the project won't drag on.

Some of the best things I ever designed, way back, came from speed mapping contests run by the Unreal Tournament mapping community. The results were never pretty with a four hour time limit, but they were an excellent way of getting a good, solid sketch done.

Without such constraints, it's easy to get attached to something then sink too much effort into it, and I've seen even established developers do this. A game jam is above all a focussing tool. You might still become myopically attached to a duff idea, but that deadline is going to come in nice and quick to finish it off instead of letting you toil at it for months. 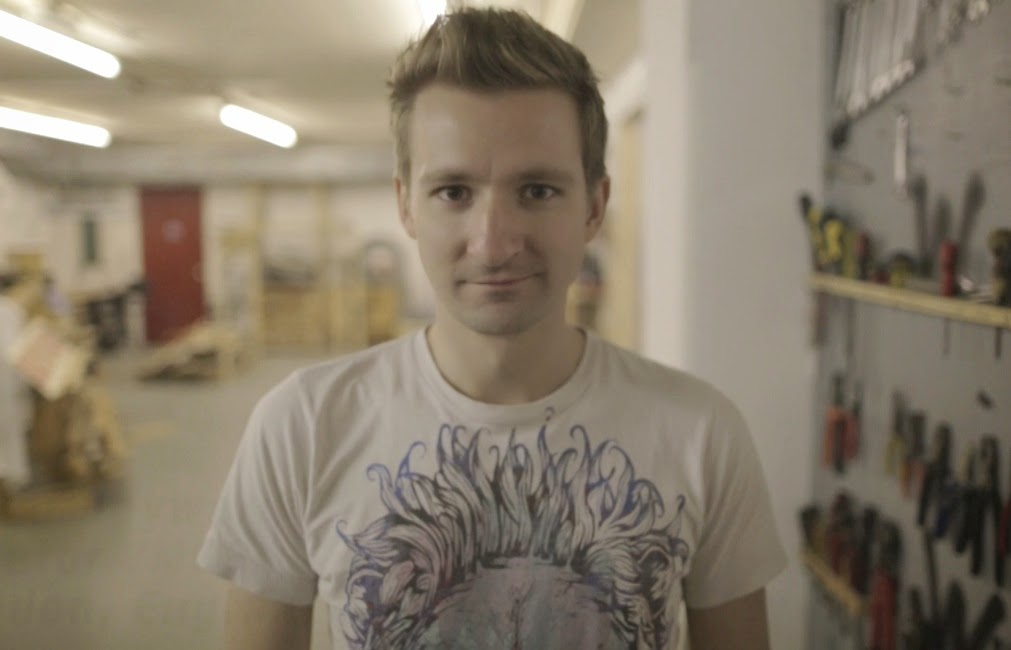 David Hayward [ http://www.ympt.co.uk ] wrote this blog. He will be running the Develop in Brighton Game Jam  for 2014.
Photos by Natalie Seery [ http://www.natalieseery.com ] and Jessica Bernard [ http://www.ph0t0.co.uk ])
Posted by Unknown at 11:57