Those core gamers, eh? They don’t like mobile games much, do they. And don’t even get them started on free-to-play.

And who can blame them? The successful early F2P games were simple – their interactions mundane, their gating mechanics brazen. They were skeletal monetization mechanics, with a paper-thin layer of skin to make them look at least presentable. Meanwhile, in triple-A land, games were going the other way – doubling down on the experience, the spectacle and the set-piece. You might say that they became all meat – or fat, depending on your stance – weighing down a crumbling skeleton.

But I think core gamers are a valid market to target if you’re making a F2P game. To use the cynical terms of the marketeer, these oceans are teeming with whales – millions of people who pay monthly MMO subs, buy collectors’ editions and season passes. Playing to the lowest-common denominator and chasing a broad audience is valid, sure, but it’s ignoring a vast market. 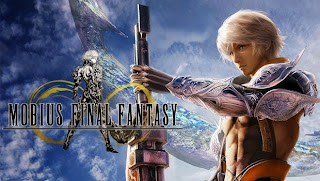 The biggest challenge mobile F2P games have in winning over the core gamer audience is a battle to prove legitimacy; a fight to prove that the game isn’t just a cynical Skinner skin but a full game experience that deserves to be judged amongst “premium” games.

How do you do this? You can do it with graphics - games like Vainglory, Dawn of Titans and Square Enix’s upcoming Mobius Final Fantasy are pushing that particular envelope, partly I believe in an attempt to establish their credibility. But can narrative help with this?

Spoiler: I think so. But I’m a writer so I would, wouldn’t I.

Hear me out though. Narrative is grounding; narrative is glue. To extend the slightly wonky analogy earlier, in addition to being some of the tasty tasty meat, narrative is the layer that binds that meat to the mechanical skeleton. It gives reason and underlying logic for everything. It isn’t just dialogue; it threads through everything – it’s in location design, character design, even interface design. And, importantly in this context, it shows effort: it shows that you’ve thought things through. Creating a cohesive world and distinctive characters is hard and takes a lot of effort, but there are enough high-grossing franchises to prove that’s exactly what gamers want.

If gamers can get a sense that your world isn’t just a Tolkein rip-off but something with its own identity and history; if they can encounter a character who’s been thought about in terms beyond just “carries big sword” or “has tits, will show”; if they can get an inkling of twists and turns that await them – how can this not engender interest? In a market drowning in copycats and reskins, how is this not going to encourage people to launch the app for a second time?

If you’re a numbers person and all this sounds a bit airy-fairy to you, let me put it in your vernacular: yes, I really do think narrative can help your ‘day one retention’. *comedy spitoon noise*

What about beyond that? Can an on-going narrative in mobile F2P games actually continue driving retention? We consume more story now than we probably ever have done – albeit in different media – and an increasing proportion is serialized, long-form content. I’m not going to pretend that a developing story alone will drive people to repeatedly engage with your game - that’s for the gameplay to bear, of course - but is there any reason why it can’t be part of that equation?

So, if you’re not completely repulsed or amused by the idea, come to my talk ‘Narrative as a Service’ at the Develop Conference in Brighton. In addition to looking at this argument in a slightly less slapdash way, we’ll take a look at mobile games that already do this in the Japanese market, and I’ll also give some concrete examples from my experiences attempting to do this and the new challenges it raises.

By Ed Fear, Creative Producer, Mediatonic
Posted by Unknown at 11:27