The number of people playing games has never been higher.  Three main things have happened to facilitate this:


While, twenty years ago, we would be delighted to make a game that reached half a million players, and ecstatic to hit a million, nowadays we can realistically reach ten or even one hundred times as many – and often need to, if we’re to make a profit. So what do we need to do differently to appeal to this broader, wider market? 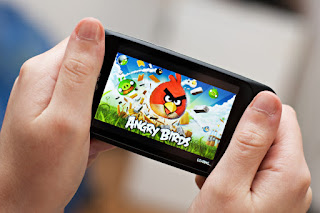 It’s easy for us to make assumptions about what our players will understand and enjoy – after all, if we love it, so should they, right?

What I've found from working with Japanese and Asian developers and publishers over the years is that, although we may be converging into a global market, players may have taken a completely different gaming journey from us.  Take China – now a huge mobile games market, but a country that had no gaming systems for decades. All the expectations and knowledge we, and many of our players, have built up over those years are not there. I recently heard from someone who’d watched Chinese players on a well-known mobile platform game.  He was amazed to see them studiously avoid the gold coins in the environment, in the belief they’d be killed if they touched them. It’s easy for us to assume that players will understand what they’re supposed to do, but that’s a dangerous assumption.

This isn't a one-way street. A lot of my time is spent playing Japanese games – it’s fascinated me why the Japanese mobile market is so lucrative, but why the biggest titles there often fail to make an impact in the west. Beyond the obvious issues of western and Japanese graphic styles being different, there are many things that Japanese games assume their audience will understand that western gamers generally don’t.  Whether it’s turn-based combat, buddy systems, live events or gacha mechanics, Japanese games throw players into these systems with no explanation – they don’t need one, everyone already knows how to play.  When those games are localised and launched in the west, many players are lost forever in the first few minutes of play, dropping out due to sheer confusion and frustration.  Those that persevere often go on to love the games, matching the high retention and spending levels of their Japanese counterparts, but so much opportunity is lost because players are not introduced gently into the mechanics. 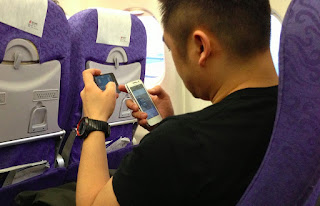 Even if you’re not targeting those markets yourselves, I’d advise readers to play the English versions of the biggest Japanese and Asian titles. To do so will you give some insight as to how confused you might be making some of your own players, not just those abroad, but also those newer gamers closer to.  It will also expose you to game systems that maybe don’t make sense to us at first glance – ‘auto battle’ being a great example.  To many western gamers and developers, the idea of a game that plays itself seems ludicrous. Auto battle only makes sense when you play a game for a long time. What drew you into a game in the first place – probably a fun, tactile, interactive experience, is really only the window dressing on the game that really engages people. What sits underneath that seemingly simple action title or puzzler is likely a deep and engaging game about collection, team building, social interaction and strategic planning. In that context, where the real fun is to be had once you've mastered the game underneath, auto-play makes more sense – removing the need to grind and allowing you to focus on what really matters.

The most successful mobile games tend to be those that are easy for people to understand, enjoyable in the first minute of play but which offer an ever-deeper and more compelling experience for those players who keep going. The challenge for developers is marrying the accessibility needed to attract global or inexperienced players with the depth needed to keep everyone engaged long term. It’s not easy but, as the top grossing charts prove, when you get it right, you can get it very, very right.

Harry Holmwood  - European CEO of Marvelous, a Japanese mobile and console publisher, and also a Director of The Secret Police, a London-based mobile gaming startup.
Posted by Unknown at 10:04