I hate the whole “there’s never been a more exciting time” rhetoric. Hate it. Because generally it’s a tool used by spokespeople and media-trained executives to discuss things that, in the grand scheme of things, aren’t actually that exciting and/or have probably been more exciting in the past.

However, it is hard to think of a better time to be even vaguely associated with games development.

The one thing I find myself marvelling at everyday is this: Anyone can make a game. Anyone. No exceptions. A roofer with no experience can develop a title that attracts hundreds of thousands of gamers. Teams of three or four people can create experiences of triple-A quality (or close to it) from their bedroom or garage. An established developer who feels constrained by the studio they work for can branch out and single-handedly rake in millions with a game about rectangles. 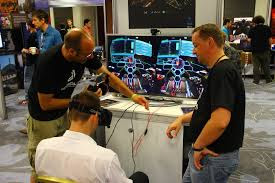 The barriers to entry have been torn down, largely thanks to the leading engine creators who have released their high-end tech – source code and all – for free. Developers have taken to the internet to share their knowledge, to help new and aspiring games makers learn everything they need to bring their vision to life. So not only can anyone make a game, they’re actively encouraged to.

Which makes my job rather difficult. Not only do I have more ambitious studios and innovative projects than ever to cover, but it’s a massive distraction as the games I see all seem to be saying the same thing: you could do this too, y’know? 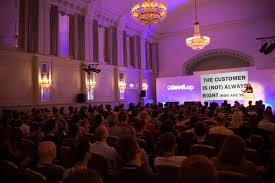 Every event I attend, every expo floor I browse is a veritable minefield of inspiration, triggering ideas to explode in my mind. Every new tool that makes crucial aspects of games development that little bit more accessible chips away at my internal Wall of Excuses. Every conference talk provides me with hints, tips and strategies that I almost feel obliged to try out for myself, simply because they sound so achievable.

And then there are the developers themselves – wonderful, friendly, approachable people all enjoying the same journey, taking that single, golden idea and trying to make it playable. I genuinely struggle to decide what I enjoy more: catching up with devs who I have met before and hearing the latest on their project, or meeting brand new games makers for the first time and discovering what fresh concepts they’re bringing to this ever-changing industry. 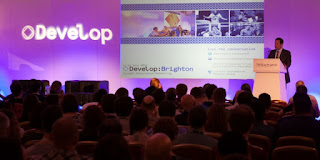 A decade ago, before I even worked in the industry, these people seemed almost out of reach, as if in another world. These were the teams that made the games taking up almost every hour of my spare time – they were gods of creation. And even now I’m learning how brilliantly ordinary these people are. Talented, of course, but ordinary. They’re just like me, I’m just like them. I could be like them. No, wait, feeling tempted again…

So you’ll forgive me if you see me with my fingers in my ears this July!

James Batchelor is Editor at Develop magazine.
Posted by Coach at 11:00