"In all the time I spent with him, I never once heard him refer to his ability to see the future. He couldn’t see it – that’s why he had to grope for it. He would be seized by some overwhelming enthusiasm . . . and he would be off and running down some long, dark tunnel leading God knew where. . . ."
– Michael Lewis, The New New Thing 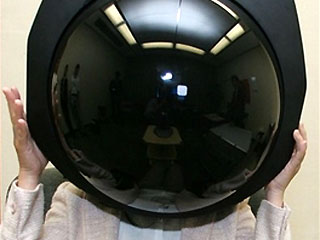 What's that? You foresaw the modern era of games?

No you didn't. Maybe you saw multiplayer gaming over modems moving to the Internet, and games being slowly but surely downloaded on Steam.

Oh, and you played Snake on a Nokia.

These breadcrumbs pointed the way to today about as clearly as whether you can tell me if we will be will be ruled by our robot overlords come 2045.

It's only in retrospect the future is clear. Getting there is anything but.

The history of games comprises middling periods of dull conformity punctuated by short revolutions. Trying to predict gaming's future is a loser's game, because it's irresistible to look at the current winners and extrapolate, yet it's the revolutions that reshape the industry.

I should know! I worked at Edge back when screenshots posted in a jiffy bag from Japan constituted breaking news. I spent years writing future-gazing columns for the trade press, in which I pontificated about the end of retail. And I co-founded Pocket Gamer in late 2005, just ahead of the mobile games revolution.

I even helped put together the first 'evolve' for Develop in Brighton, after a year of raving about how the Internet was changing everything.

Hark at me, the visionary!

I was ten years too early in writing off the High Street. Worse, like everyone I foresaw people downloading FIFA 2015 for their PS4, not Clash of Clans on iPad. Indeed iPads hadn’t been invented and most mobile pundits thought the likes of Vodafone would wield all the power.

I was humbled recently when I revisited a feature I wrote for Develop around the time we launched evolve at Brighton. Entitled Games 3.0, it came out a few months before a certain exec's GDC talk of the same name that really caused waves. Brilliant – except I focused on user-generated content and YouTube, barely mentioning Facebook and free games.

In economics they call it 'hindsight bias' – the belief we saw whatever has come, coming. Nearly always we don't, but we edit our past to believe so.

In truth, even those of us who predicted digital distribution didn't foresee a new industry springing up alongside it, nor did we anticipate handicaps such as content discovery.

Digital distribution was meant make everything available anywhere. In reality it's created an unpredictable hit-driven business that makes 1980's Top of the Pops look like a sober scientific analysis of popular music, with the sums done by Stephen Hawking.

When I edited the then-newly launched Develop magazine a decade ago, the talk was all about how we would manage teams of 500 people, and whether we could shoehorn emotion into photorealistic $500 million blockbusters.

Yet it's teams of 5-10 people who've reinvented gaming and most of the emotion we've seen has come from the staff departing triple-A studios as they've folded across the globe.

Don't try to predict the future of video games. But if you must bet on it, bet on change.

In the meantime, monitor every new development in technology, software, and monetization as if your career depended on it.

It does! But don’t ask me exactly when, or how.

This blog was written by Owain Bennallack, the chair of the Develop in Brighton Advisory Board www.developconference.com
Posted by Unknown at 15:58