“Have you seen this game, Hunters?”, he said.

“Umm, yes, in fact my company created it.” I replied in mild shock.

“Cool.” he stated. His very words mirroring his disposition.

“Thanks... Why are you heading out to LA?” I asked, still recovering from having met an actual player of our game.

“Oh, I’m the Head of Licensing at Games Workshop.” he replied 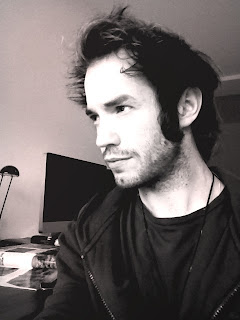 That’s how we met the Games Workshop head of licensing. Sat beside one another on a random plane trip to Los Angeles. Back then Laurent (co-founder and business director at Rodeo) and I didn't even fathom it would be the first steps down the path to us releasing an iOS version of their much loved Warhammer Quest. We were just enjoying meeting one of our childhood heroes! Time passes, and since then we've spoken to dozens of people about the inception of the project. The response is universally always the same....

I guess on the face of it, yes, it sounds more like a lottery winner story than Branson self-made-man style tale. However, as is often true of these anecdotes in our industry, meeting that particular man on that particular plane was inevitable because of how we’d positioned ourselves previously. Let me explain why...

Focus, know exactly who you are and what you do.
“We make the best turn-based strategy games on iOS”. That’s our company M.O. We have three games with a metacritic above 80 in our stable so far, and a hardcore group of fans who follow us for because they “get” what we’re trying to attain. We know who we are, and we know who we aren't  Dual stick shooters, gesture based sports titles, even flower growing sims are all experiences we've played and enjoyed. However, as a developer, our passion lies within the turn based arena. It’s something we've created a foundation for, and continue to build upon. It’s where we excel, what we love, and ultimately the fuel that runs our strange developmental machine. That single statement clearly explains to any outside force (whether fan, publisher, license holder, potential hire, etc), what our company is.

We know what we do. Come join us if you share our passion.

Have a solid history of games displaying the field you specialise in.
As I mentioned. At time of writing, we have three 80 and above metacritic titles. When we had the Games Workshop plane encounter we only had a lonesome release, Hunters: Episode One. However, Hunters 2 was in showable development, and was essentially a bigger and better version of the first title. Weekend philosophers say a picture is worth a thousand words... an entire game must be worth a billion. When a prospective partner can see and play your work, you’re no longer theorizing and explaining. THEY are experiencing. From that experience it’s much easier to envision how an existing license could work within your gameplay. I doubt many companies would entrust their hard-crafted licenses to a developer with no prior record.

Be visible.
This may sounds like a ridiculously obvious point. It’s funny though to see how many developers and people in general overlook it. Say, for example, you’re looking for a girlfriend / boyfriend. Would you sit at home, waiting for that perfect partner to chance a knock on your front door declaring their love. Ok, fine, if George Clooney is reading this, then feel free to ignore that last statement. However, the point still remains that no-one knows you. We knew that in our first year we’d really struggle to get our name out there. So, we attended conferences, shows, drinks nights, quizzes, all sorts, just to meet people. Ok, let’s face it, these functions are generally a lot of fun as well so I’d be hard pressed to say it was all work. Facebook, twitter, blogs and websites all count towards the goal in their way. As the world of dating will tell you though, nothing is as good as a face to face!

It won’t happen overnight. We still have a long way to go before Rodeo Games becomes even a vaguely recognisable industry name, but we’d have even further to go without all the founding effort.

Know what things you love.
...and by that, I don’t mean love EVERYTHING. Just some things. Be passionate about them. In no particular order a few of my object loves are: Dinosaurs, Games Workshop, Sharks, Forests, Computer Games, Cats, Movies (Can’t believe Universal gave Jurassic Park to another developer. Grrrr). Anyway, why does this matter I hear you ask? Let’s take the plane encounter with GW as an example. We didn't talk about how we could make them millions. Or how we could take their next digital business to the next level. Our conversation consisted of which BloodBowl teams we fielded. Why Fantasy Chaos Armies were so ridiculously overpowered about fifteen years ago, and why Space Wolves will always be cooler than Ultramarines (I feel I should point out the views of Rodeo Games do not reflect those of Games Workshop!). The love of subject matter shone through and in some way affected the final outcome. I'm pretty sure that if the seat next to me was occupied by a representative from Hasbro, we wouldn't be making a Transformers game right now.

Be prepared.
Ending on a point that seems so spectacularly simple, yet so many overlook... Know your business.

Don’t be the guy we've all seen on Dragons Den who doesn't know his numbers. It’s embarrassing and creates a terrible impression. If you've made the rather large steps of first creating a company and then putting yourself out there, take five minutes to know the ropes. Learn the difference between gross and net profits (Branson claimed to not know....I think he may be fibbing). Know how many units you sold in week one. Understand how advertising in games works, even if you don’t currently use it. Let knowledge be the armour that shields you from the lances of questioning and pressure. Did you ever not study for an exam? Actually I did once...and turned up drunk...though that’s probably a story for another time.

Know yourself, your business and your loves. Then get out there! You never know who you might meet.

Ben Murch will be talking at the Develop Conference on Wednesday 10 July http://ow.ly/mt1Mj