GUEST BLOG: That's me in the corner... a video game psychologist's FAQ!

On a recent hospital visit the nurse (a woman in her 50s) asked me what I do for a living. I gave her my standard reply: "I am a psychologist specialising in cyberpsychology, so how humans interact with technology and specifically video game play." She gave me a fascinated look (it's the response I usually get) and replied: "I love playing Temple Run – why do I find it so compelling?" I answered her: "Because it makes you happy and getting high rewards compared to the effort you’re putting in makes you want to play more." 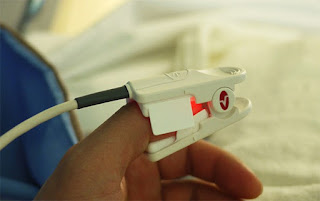 This conversation wasn’t a one off for me. When people find out what I do, they often want to know more and are instinctively interested in why humans engage in video game play. Personally, I think this speaks volumes about the power video games as entertainment on a global scale.

Developers are even more fascinated than gamers in the answer to that elusive question: “What makes people so engaged in video game play?” While developers  have many ways of gauging engagement, such as churning data, sales, time spent playing, etc., as a psychologist, I am more interested in scientific measurements as a result of research around gamer engagement, which can complement and even challenge the measurements developers already use to heighten the experience for the gamer.

A comprehensive review on game play engagement is published in Computers in Human Behaviour conducted in 2012 by Elizabeth Boyle, Thomas Connolly, Thomas Hainey and James Boyle. It sheds some light on engagement and highlights gaps in the research in this area. The study reviewed research from a ten year period between 2001 and 2011 excluding educational and serious games. All the papers reviewed were from research that was referenced in academic journals and included a large number of research papers all looking at different aspects of engagement.

The paper highlights the lack of consensus about what engagement actually is, although lots of constructs have been proposed: immersion, enjoyment, presence and flow, for example. Perhaps the best known concept is flow, which is often characterised by complete optimal experience and absorption in the task one is involved in to the exclusion of everything else. Other researchers challenge this suggesting that actually immersion is a better construct as it can be more varied in terms of the subjective experience and does not, as flow does, concern itself solely with the optimal experience.

Outside of the subjective experience, engagement may be measured objectively by studying the time spent playing a game, although some researchers suggest this is difficult to justify as a concrete measurement as factors like negative motives for playing may hinder this measurement. Lab research around physiological responses in gameplay are interesting, such as work around eye movements and re-engagement post play as a useful objective measurement of immersion, whilst other physiological measurements such as heart rate can inform around emotional responses, these can be ambiguous when measured. 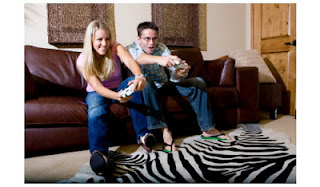 Boyle's review showed that surveys were the most popular method of studying motivation and engagement, which is fine as long as they are scientifically designed to have good validity and reliability. However, there is a lack of good qualitative research which would further enhance our understanding of the subjective experience of engagement, and this is an area that developers may consider embarking upon in terms of research.

So, if you meet a cyberpsychologist in real life, please don't ask us what we do.
Reference


This blog was written by Berni Good who is the founder of Cyberpsychologist Limited (www.cyberpsychologist.com) and who is speaking at Develop in Brighton – www.developconference.com.
Posted by Unknown at 09:34