MAY 2013: THE MONTH THAT MARKED A CULTURAL SHIFT IN VIDEO GAMES ACCEPTANCE

Yesterday the V&A announced the appointment of its first games designer in residence – 22 year old, BAFTA-winning Sophia George. The residency is a partnership between the V&A, V&A at Dundee, University of Abertay and Ukie. You can watch the BBC’s Rory Cellan-Jones interviewing Sophia here . 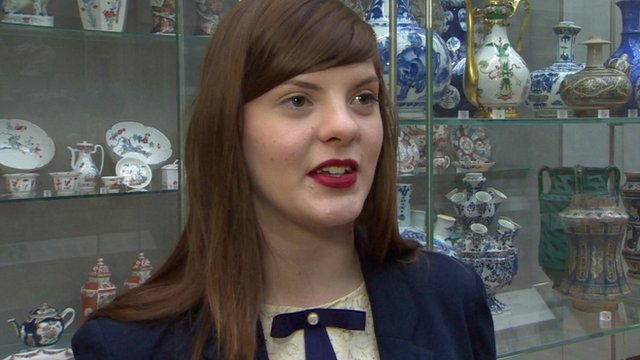 Sophia will be taking inspiration from the collections at the V&A and hosting public participation workshops to, in her words, “show the public just how amazing games are.” A spokesperson from the V&A explained that the museum had always been about embracing new, cutting edge culture and games were no different. The vases and pottery in the V&A were cutting edge in their time - it’s just they’ve aged a little since those days.

On Wednesday at BAFTA’s games journalism evening Christian Donlan told the audience that one of the reasons he loved games was because LA Noire transformed the way his dad viewed them, what they are, what they do and what they can be.

Last Tuesday Maria Miller, Secretary of State for Culture, Media and Sport visited NCSOFT in Brighton to learn more about the importance and size of the video game industry in the UK. Her visit was filmed by ITV News.

The week before I was listening to Heresy on Radio 4 and Victoria Coren-Mitchell asked the panel to argue for and against video games being accepted as a new Olympic sport. They said ‘yes’.

On 21st May, Microsoft not only announced Xbox One, it also announced the launch of a Halo TV series directed by none other than Steven Spielberg.

Forgive me if this blog reads a little like ‘My Week in Video Games’ by Ali Fearnley, aged, well none of your business what age, but this was one hell of a week for the games industry. If ever we wondered if and when this industry and the entertainment we create are going to evolve from being a sub-culture to just plain culture, from being the domain of 18-25 men to the domain of everyone, then this week confirms that this transition is definitely happening.

Even Rory Cellan-Jones in his sign off described video games as, “One of Britain’s fastest-growing and most important industries.” Why? Because it is. And now that we have a generation who have grown up with games and have never known a world without them, this transition, evolution and acceptance will hopefully become more widespread and happen faster.


Ali Fearnley is the conference director at Develop in Brighton. You can comment on this blog below or @developconf on Twitter and /developconf on Facebook or contact her directly at ali@tandemevents.co.uk
Posted by Unknown at 15:44