GUEST BLOG: The fear of risk is crushing innovation in the console market

I'm a 40 year-old father of three and have been working in video games for nearly twenty years, which means, while I love games, I don't have much time to play them and I certainly haven’t had much hands-on time with the Xbox One or PlayStation 4. 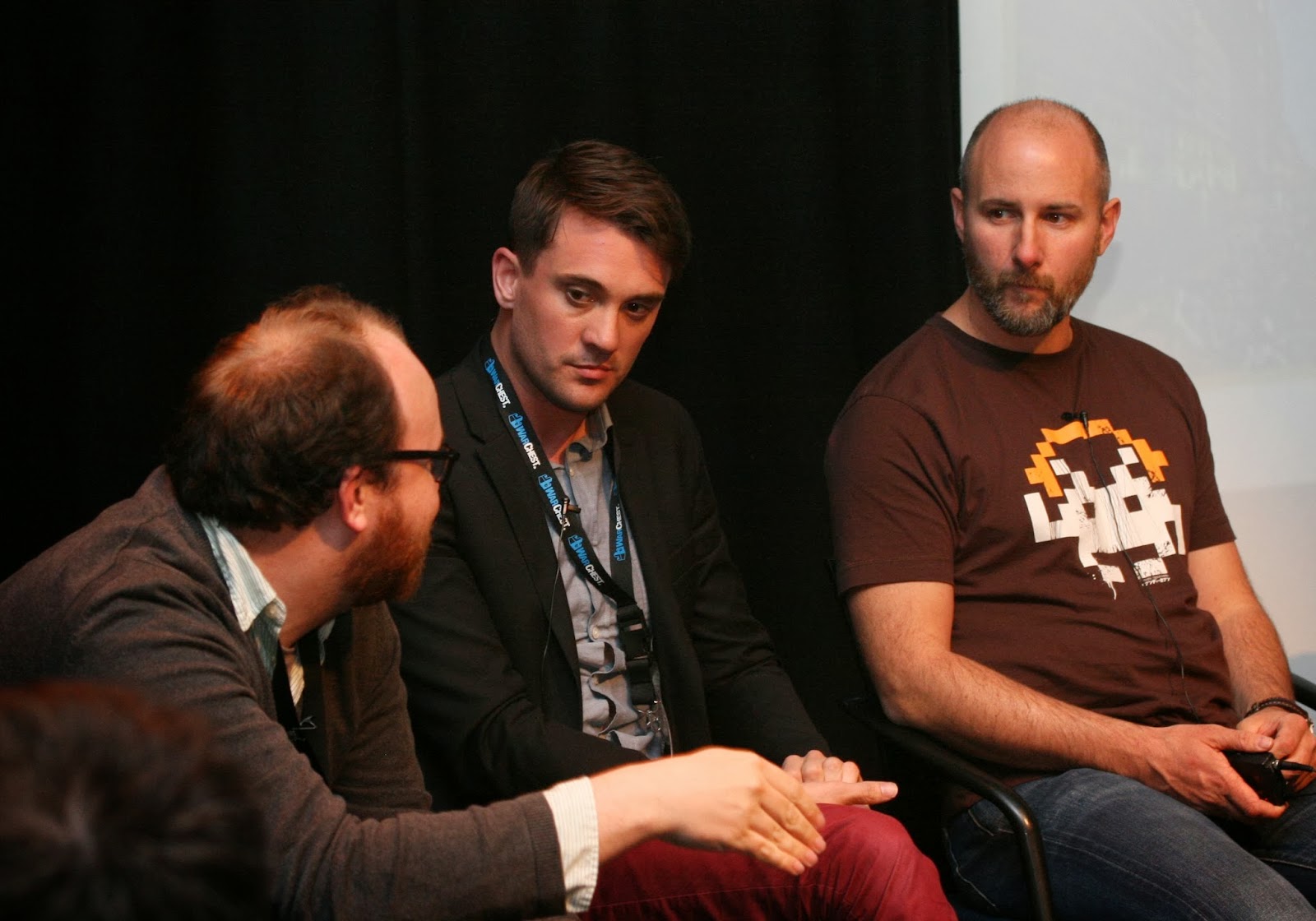 As a convert from console to mobile development when our new studio – Boss Alien – opened two years ago, it’s hard to be any more involved in the console world than watching from the side lines. As much as I want to cheer the latest console transition, I have to admit it has left me a little cold.

I’ll be honest:  I haven’t been excited about buying a video game for years. I've played many and completed a few great games. But I haven’t had that feeling of anticipation and the frisson of excitement of taking a shrink wrapped game home for a long time.

It may be I'm getting too old. Losing that childlike glee was something I never anticipated and it's disappointing to experience. As a teenager and through my twenties I looked forward to releases for months and was really getting excited about buying, unwrapping and loading a new game.

The last time I enjoyed this level of anticipation and fulfilment was when Halo came out at the same time as Devil May Cry and I played them on my Xbox and PlayStation 2 simultaneously. They were both really great games and the generational leap to Halo was enormous. The graphics were richer and sharper; the AI was great; the control system made the FPS finally work well on console. some of the encounters were epic and you could drive vehicles while shooting! The ambition seemed huge at the time and its impact on the gaming experience was massive and measurable in many ways.

It is from this perspective that I review our latest console transition. So far, the general consensus seems to be disappointment. Again, this may be cynicism powered by age, but, to my eye, this new round of launch titles merely look a little better. There is no real innovation despite the massive budgets and lead times the biggest developers enjoyed.  Compared with PlayStation 2, these consoles are relatively familiar and easy to develop for and we – the gamers – ought to be playing better games than we are. I bought four headline launch games with my new console and I'm already bored with them. An expensive investment that has left me feeling robbed and seen me return to the PS3 and Xbox 360.

Why has this happened? Risk aversion. Publishers and developers want to make games that have known markets, that don’t risk failure, massive financial loss and potential studio closure. What has this left us with? Conservative designs and a chart of triple-A games that are mostly sequels or derivative products. A warning from me: being conservative about design is one thing. Being conservative about business is self-destructive and dangerous. 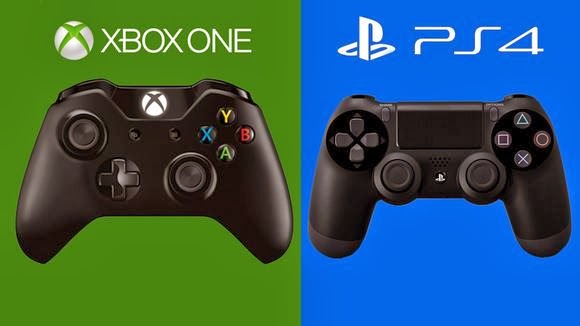 Occasionally the big players move away from traditional business models but often by taking disastrous and crippling half-steps. The result is increased nervousness and a reluctance to take bolder steps in the future. I can give you two examples: the price of downloadable games and premium titles with dubious DLC offerings.

First point – the price of downloadable games. Why do titles like Killzone cost over £50 to download from the PSN Store when they're available on Amazon for £35? Surely it should be cheaper to buy a digital version because it's virtually free to manufacture and distribute online?  Why? Because platform holders don't want to undercut retailers. As a gamer, I don't care about retailers, do you?  I just feel conned. The High Street can stock console hardware to make profit. The app stores prove you don't need a huge High Street retail presence to sell software.

Second point - dubious DLC. EA was brave to try a sort of paid/freemium mix; brave enough to leap from the edge only to turn in mid-air and scrabble for it again at the last moment. Dead Space 3 was a game you had to pay for but if you wanted it to be as functional as Dead Space 2, you had to pay again. This is wrong.  And I say this as a freemium mobile game developer.  It's not fair to make people pay twice for something that they only paid once for before - especially in a very well established market with an incumbent business model and distribution network.

Personally, I believe downloadable games should be free. It costs nothing to deliver the game. If the customer likes it, they can pay for it and games should be good enough that customers do want to pay. Games can and should be designed to encourage customers to pay because a) they enjoy them, but b) because they are also seduced cleverly into paying for them.

I know these tactics are not appreciated by everyone and I understand and accept those reservations. However, I really believe with good design, a moral balance and a respect for customers, developers will find a way to make it work in a palatable way for everyone.  It's just a matter of time. The products and models you see now are sometimes a little crass and cynical. Those rough edges will erode with time.

If gamers DO have to pay to download console games, can we at least agree that should not be expected to pay more than at retail? This isn’t fair. What is fair is exploiting the fact you have a customer's attention for several hours, so why not use that to try and sell them something different?  I don't mean a weapon upgrade, a level, a game-mode or special ability. I mean a new but related experience: a different story for a new character, perhaps, or a new perspective or completely different way to play. Perhaps this could lead to increased innovation. Perhaps games could further exploit niches within themselves?

My eldest son is addicted to Skylanders: Swap Force. He's five and this is the first time he's become totally immersed in a video game universe. It's inspiring and gratifying to see the same hunger and appreciation in him that I have for games. He's chewing through the content at an incredible pace and constantly nags me for Skylanders figures. Why can't you buy them by mail order from the game? Why can't I download last year's Skylanders Giants game from within the Swap Force game? It looks to me that the world of games has moved on but the consoles are still trailing behind.

They could consider unbundling, too. What’s stopping them from selling the single player campaign for £10, co-op for £10 and multi-player for £10? This isn't discounting so there’s no perception of price erosion or poor quality. And it might just result in a lift in sales as more players pick up individual parts of the game at an affordable price. It's not beyond the realm of possibility to anticipate an overall net-positive effect on revenues because the number of buyers lifts hugely.

Wouldn't it be great to see one of the big publishers make a proper, ambitious, brave leap of faith this year?  There are some brilliant new games on the horizon.  Some of the brand new, original, next-gen games previewed at E3 will be landing soon and we may well finally get the truly next level entertainment that our investment in the new hardware deserves. What's more, the big evergreen titles are starting to appear on Wii-U, which is what Nintendo does best. We all want to see great, innovative games.  More than that though, I'd really like to feel new ways to be inspired to pay for them. Come on consoles!  You can be great again! Give me something to cheer about from here on the side lines.

This blog was written by Jason Avent, managing director at Boss Alien and long time supporter of Develop in Brighton - www.developconference.com
Posted by Unknown at 14:50