GUEST BLOG: The ‘Made in Creative UK’ Campaign 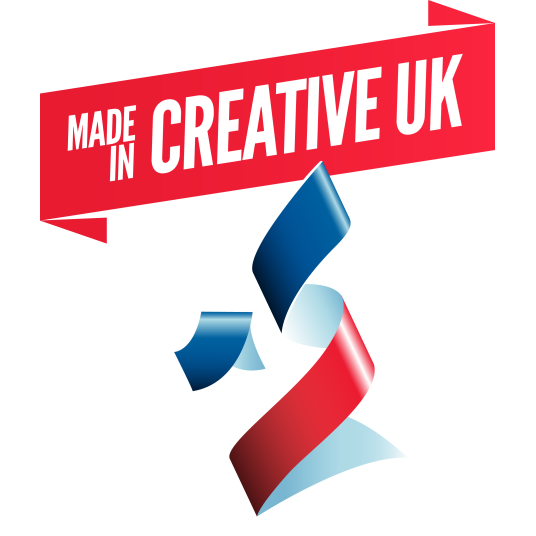 I’d like to use this blog piece to tell developers about the ‘Made in Creative UK’ campaign that aims to raise the profile of UK game developers.  The seed of this idea for the campaign started when I attended the launch presentation of The Livingstone Hope report (also known as the Next Gen. report) commissioned by the government in February 2011.

One observation made in the report was that so few of the public in the UK (or anywhere else in the world) know that the UK is responsible for many high profile video games. This means that students in the UK are less inspired to learn the skills required for careers in the games industry. Sadly IT (Information Technology) is seen by the brightest students as the worse subject on the curriculum.
I spoke to Ian Livingstone and Ed Vaizey about this at the reception afterwards and proposed that the government issue a ‘Made in UK’ logo that developers could use. I believed that developers would be keen to display this on their games and websites for the greater good of the UK games industry. They both said that would support such a campaign.
Unfortunately, after many meetings, I was unable to find government department that would launch and administer the campaign, so I decided to do it myself. I designed a logo, created the website and then starting contacting many friends in the industry to join the campaign.
The campaign has very clear goals:-
·  Inspire students to learn important skills for the digital economy in the UK
·  Raise the profile of the UK Games Industry across the world to promote global partnerships
·  Raise the profile of an important 21st century industry with the general public
The campaign has the endorsement of government officials, trade bodies and leading industry supporters, including: -  Ed Vaizey (Culture Minister), Ian Livingstone (Industry Spokesman), Dr Richard Wilson (CEO - TIGA), Dr Jo Twist (CEO - UKie CEO), Karen Price OBE (Chief Executive - e-Skills UK), Hasan Bakhshi (Director of Creative Industries, NESTA). Caroline Norbury (CEO - Creative England), Kate O'Connor ( Deputy CEO - Creative Skillset), Kelly Smith (BAFTA) and recently Nick Baird (CEO - UKTI)
I’d like to see British developers promoting the origin of their game. The world is very aware of many British pop stars, film and TV stars, and creations like James Bond and Harry Potter, but the origins of video games are largely unknown.
I’d like students and their parents, studying new computer science lessons to appreciate that there are game developers all around them, hence the developer map on the website, and that there are great jobs full of challenge and creativity. Making games is a very real and very rewarding career in the 21st century.
I’m delighted by the fast and overwhelming response I’ve had by UK developers embracing this important campaign, it started with Game developers, as it’s my background, but I see all creative digital content creators joining in, as the UK is world leading in all fields of digital media and we rarely get the recognition we deserve.
See the website www.MadeInCreativeUK.com and if you make games in the UK and would like to support the campaign, contact me, Philip Oliver - Philip@MadeinCreativeUK.com

This blog was written by Philip Oliver, Co-founder of Radiant Worlds and long time supporter of Develop in Brighton - www.developconference.com

Email ThisBlogThis!Share to TwitterShare to FacebookShare to Pinterest
Labels: Advisory Board, Develop Conference