A couple of weeks ago I was having a conversation with my drummer about writing songs and how different our writing process was to that of his other band. His other band lead with drums, he will write sections/whole songs creatively on drums and then the band will on that. This blew my mind because it’s so different to the way I’ve always worked. With my current band we will usually go one of two ways, either one of us will work on a near complete song at home, demo it, send it out to the others and then we will tear it apart at practice and work on it that way. The other way is we will take a vocal line, lyric or riff and just jam on it at practice and see what comes. I can hear you asking “Aj, what the hell has this got to do with video game development?” well, good madams and sirs, it got me thinking. 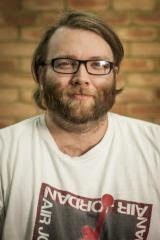 I cannot even begin to imagine how many different creative processes there are in the world. You don’t often hear people speak of their processes very often so I thought I’d talk to you guys quickly about some things I like myself and the team to keep in mind when approaching idea generation:

So this is a big thing for Craig and I, I’ve probably mentioned it before, but we honestly believe that every idea deserves to be voiced because really no idea is bad. Now don’t get me wrong there are ideas that are inappropriate, won’t work and don’t fit the brief but they are not bad for the simple reason that they could be a spark. One throwaway idea you have could spark an idea in someone else that becomes the project of your dreams. So with that in mind:

One thing that I really hate is when studios exclude certain disciplines from the creative process. It’s almost saying that you have to be qualified to have an idea. Which is bullshit, ANYONE can have a great idea and you should never be precious with this. I always get my best friend to sanity check all my ideas and the ideas of my team where possible. He doesn’t work in games but that means jack shit, he often inspires new ways of me looking at things.

So I try to relate things to band life when I can to give a more simple explanation. This an example that comes up a lot. When you look to write a 14 track album you never just write 14 tracks. What you do is you write 20 tracks and you pick the best 14. This is because you sometimes need to get sections and songs out of your system to make way for your next great song. This is the same for idea generation whether it be for features, characters or full games. On our first day of looking at new game ideas we will just spend a day coming up with ideas and sticking them up on a wall, every single idea we have. We will then narrow it down over time to our favourite 8, then our favourite 4, 2 etc… each step of the process we add a little bit more detail to the game until eventually we’re pitching a game to the rest of the team.

This is one thing I learned the hard way but that we’ve tried to instill into our team. You should never be precious about an idea, sometimes something will seem like the best idea in the world and then an hour, day, week later it turns out it just won’t work, it’s not a right fit or it just isn’t that good. Thing is this is not a negative thing, this is awesome it means that the game has evolved past your early ideas and you should embrace it and not try to cling on to it. Good example of this is in our soon to be release game Overruled! we had a standard Deathmatch mode which we thought would be perfect. It took us 2 weeks after putting it in to finally admit that it’s just not that good, we used to be bored when it would come up and that we needed to scrap it. We didn’t complain about the work we had put in, we took it out and spent more time brainstorming game types and have come up with some of our best. Don’t cling on to ideas, be ready to move on and do better.

5    Love What You Do and Trust Your Gut

Now this is two rolled into one but I have already exceeded my word count for this blog as it is! These are two very simple points of the same whole. Never ever doubt how important they are. If you don’t love what you do then it will bleed through into your work creatively, people can only love what you do if you loved doing it and please please please trust your gut. Go with your instincts and don’t be afraid to try new things, ask questions and just get out of your comfort zone.
I’m not sure if these are my top 5 points or just 5 points that are really important to me right now but I hope it’s provided you with some sort of insight.
This blog was written by Aj Grand-Scrutton of Dlala Studios. Aj will be talking at the Indie Dev Day on Thursday 10 July.