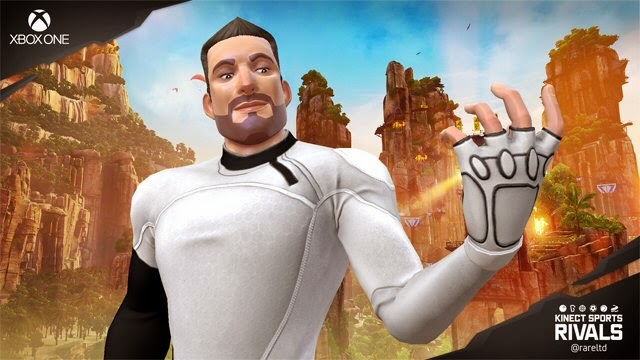 We're bringing something new to Develop this year – a multi-session teardown of Rare's Kinect Sports Rivals that will deliver a deep insight into developing innovative games.


I think it's an exciting innovation for the Develop conference, too.


At first glance you might think it's a bit over-the-top to dedicate so much space and time to just one game, but if anything the opposite is true. Here's why.


If some alien archaeologist of the future had to explain the shifts in video game development over the past five to 10 years with reference only to the historical record of conference programmes and trade magazines (the games themselves having long since vanished) then he/she/it might suppose we got bored of making and playing complicated productions.


And from the proliferation of free-to-play conferences and mobile workshops around the world, you could understand why a six-armed space-faring academic would reach that conclusion from the headlines.


Yet we all know big development hasn't been seen off entirely by smartphones, freemium MMOs, indies, and so on.


What it has become is harder to explain to outsiders.


Even 20 years ago, most people working on most top-of-the-range titles knew everyone on their team. Staff often had input into more than one aspect of the game. The era of the artist/designer and a myriad other 'slashes' was at its height, as studios struggled to cope with challenges that were steepening faster than the growth of their workforces.


Today, making big console games is a multi-disciplinary logistical nightmare, made feasible only by specialism, advances in development frameworks, and producers who've finally wrestled the whip hand from the most talented coders and creatives who used to speak for teams. There's simply no other way to drive hugely complicated next gen projects to completion on time and budget otherwise.


You're working on the special effects for the new Star Wars? That's nice. Try doing that while devising the physics of the Star Wars universe, the AI of its free-roaming characters, a non-linear narrative to span 40 hours instead of the mere couple in a movie – and all for an audience that expects to see similar quality on the small screen as at the cinema.


Oh, and before anyone points to prima donnas sulking in their trailers game development also has egos to manage…


Making a triple-A video game is like making a fairground ride with a narrative plot and Newtonian physics on the side. There are so many moving parts.


As we continue to plod through the Uncanny Valley, it has to look and feel great, too.


No wonder big budget game development is now the domain of specialists. Yet even today they hardly operate in a vacuum.


Game artists work to constraints set by the producers and programmers, for example, while constantly pushing their own requests back, too. Designers frequently see their vision for the game shift as concept art is produced or prototyping begins.


Agile development tries to address the Balkanisation of the creative process by re-integrating the difference disciplines involved, to harness their interdependence to best achieve the goals at hand. We hope our multi-session teardown can do something similar.

You see, all this complexity means it's very hard to get a true sense what it took to make a game in just a single 45-minute session.


Sometimes you hear about some particular aspect of a game's development in detail, for example, but it feels like learning about just one stop on a gigantic journey. Other times you get a good overview, but it's a Captain's Log bereft of colour from the engine room.


We hope Rare's teardown will give you as holistic a view into what goes into making a game today as is possible, short of being on the team yourself.


Please do feel free to make notes for the benefit of those extra-terrestrial game historians of the future! 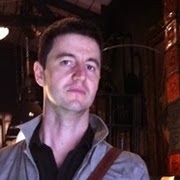 This blog was written by Owain Bennellack who is Chair of the Develop in Brighton Advisory Board.
Posted by Unknown at 14:25