Creating and releasing games has never been so interesting or so scary. It’s well documented now that Steam has around 200 new releases per week. Mobile has been equally busy for some time now and console is also seeing more developers release on Sony, Nintendo, and Microsoft’s platforms. Because of increased competition, planning for the launch of your game is as essential as, well, making the game itself!

We’ve recently announced a new title, Mars Horizon (along with a podcast about it) and we’re moving from that announcement to the more detailed planning for the game’s launch. This links to what I’m going to be talking about at Develop this year - surviving the Steampocalypse!

So I thought this is a good opportunity to share some of the research we’ve been doing around planning our launches and some of what we’ve learned (sometimes the hard way!)

Announce Early (But Plan Ahead) - As an indie you’re always up-against it in terms of resources. You don’t want to announce the game until you are ready, but also you don’t want to launch without any lead-in. My feeling now is that lead-in is key. So having time between the announcement and the launch to gather interest in your title is vital: you can use that time to court influencers, get wishlisted on Steam, and build a fan community. However, if that gap is too long, then you can’t sustain interest in the fallow periods and you then have to put more energy to re-engage people.

An example of ours where we did this was Dark Future: Blood Red States, which we announced - with a release date of 2015! - over three years ago, and it’s still not in the hands of players. It will absolutely be worth the wait, but to avoid making this mistake yourself, make sure you’re rock solid in your release window, and do think about whether you can sustain interest in your title between announcement and release. 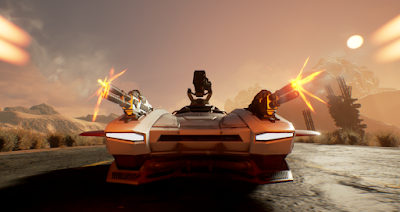 Pick a Good Date - This is an eternal question - when should you launch? Okay, so you’re never going to avoid clashing with multiple games, but to mitigate this to some extent, you can think about the following: avoid clashing with any major events or expos (use this list to check), and note the couple of days either side too. You don’t want to announce a game two days before a big event as all the journos will be busy traveling there and won’t have time to cover your game. Then check announced upcoming releases (try here, here, here and here),checking for any titles in the same genre and platform as your project, and avoid them..

Also avoid any AAA title release dates if you can. That’s not to say you’re necessarily competing with those AAA titles, but they can cast a long shadow and will take up journalist and influencer time and attention.

Get Visual - For the actual release, and in the run up, people want to see visuals of gameplay!

Animated Gifs, short videos, screenshots - that sort of thing. For example I remember this gif from Tabletop Simulator going viral a few years back and these visuals that get across the tone or core ideas of your work really are the things that do best online. If you’re lucky one of them will go viral and then you’re rising to the top of many people’s attention. This is doubly true on social media: Facebook and Twitter data shows time and time again that videos and images work best. So put the time in and make them look great!

As well as videos and images, you need - need - to have a strong trailer.

Out of all the marketing assess you create, this is probably the key one. So do plan time and effort into it and if you can’t do it then budget for someone who can. For example look over our videos and you’ll see the dramatic difference in views, from the smaller bits of gameplay or behind-the-scenes videos getting comparatively few views, to the more important trailers which command many more views. Apply the same creativity into planning your trailer as you do your game and test it out with a small audience before you launch it worldwide to make sure it hits all the right notes.


Repeat, Repeat, Repeat - It’s very unlikely that you’ll have that one big announcement and people will bookmark it and come back on launch day and buy your game. One of the things with so many games being launched is that the space is busy and audience mindshare is limited. You’re either going to be able to be loud (if you’ve got enough clout, like a Rockstar announcement of Red Dead Redemption 2, for example) or you’re going to need to repeat your messaging. This means that players need to be reminded of the message of your game and its launch until you are sick of saying it. In that way you keep it in their mind and that will hopefully translate into a paying customer.

Best of luck with your launch (oh and please don't schedule it on any of or launch dates - k?) 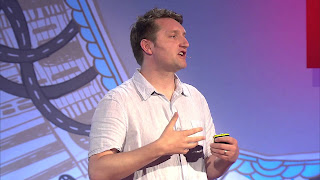 Dr. Tomas Rawlings is Design Director at Auroch Digital, so he feels your pain about running your own thing. He is an award-winning games designer who has both created original titles and worked with well-loved IP such as Games Workshop’s Chainsaw Warrior, Star Wars:The Battle for Hoth and the multiple award winning Call of Cthulhu: The Wasted Land. He is a well known speaker on video games and also a consultant who has worked with major organisations. He can be found on Twitter here and is speaking at Develop on Tuesday 10th July 11am in Room 4.